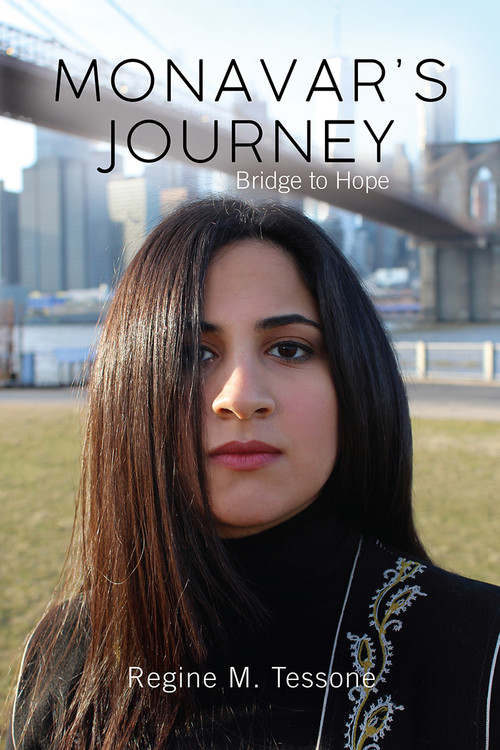 On February 1, 1979, Regine Monavar Tessone recalls running through the Mehrabad airport with her parents and three brothers to board the last flight out of Tehran on the eve of the Islamic Revolution. The pilot told them as they entered the aircraft, “You are the lucky ones! The airport is now closed and the Ayatollah Khomeini has arrived.”

In this intimate memoir, Monavar (a Farsi name meaning light) recreates the life of her Persian Jewish family before they had to flee Iran and her own adventures in their new home in America. Always buoyant (her maiden name Omid means hope), she describes reuniting with her mother’s family in Brooklyn, visiting Israel for the first time as a volunteer, falling in love with a non-Persian Jew, and becoming a successful fashion designer. Her story, at once personal and paradigmatic, reflects her nostalgia for the homeland of her youth and her embrace of the opportunities of her adopted homeland in the United States as a successful Iranian-Jewish immigrant.

"Monavar's Journey is a beautifully written moving memoir that sheds light on Iranian Jews' lives during the Pahlavi era and the Revolution: lifestyle, food, religion, education, Muslim-Jewish relations, and so much more. It impressively offers an account of immigration, adjustment, and daily life in their new home—all as sensitively portrayed by Regine Monavar Tessone."

--Daniel Tsadik, author of Between Foreigners and Shi'is: Nineteenth-Century Iran and its Jewish Minority

“An invaluable testament to one family's heroism and the wisdom of parents for children to learn. But beyond the intimate value of the memoir, I believe it will add depth and nuance to our understanding of the lived experience of Persian Jewry. The story, however, is also universal. It is about love, family, and the all too familiar story of exile and immigration. The cosmopolitan gyrations between the Middle East and Europe and America with its swirl of languages makes it a delightful read.”

-Ronnie Perelis, Associate Professor of Sephardic Studies at the Bernard Revel Graduate School of Jewish Studies of Yeshiva University and author of Narratives from the Sephardic Atlantic: Blood and Faith            -

Regine Monavar Tessone is an Iranian American fashion designer. As a graduate of the Fashion Institute of Technology, she founded Aqua Modesta, a unique line of modest women’s swimwear and sportwear that attained worldwide success. Her initial professional goals achieved, she wrote this memoir to fulfill a lifelong dream: to share the story of her family’s incredible escape on the last flight out of Tehran. She resides with her husband and four children in New York and Jerusalem.

This product hasn't received any reviews yet. Be the first to review this product!